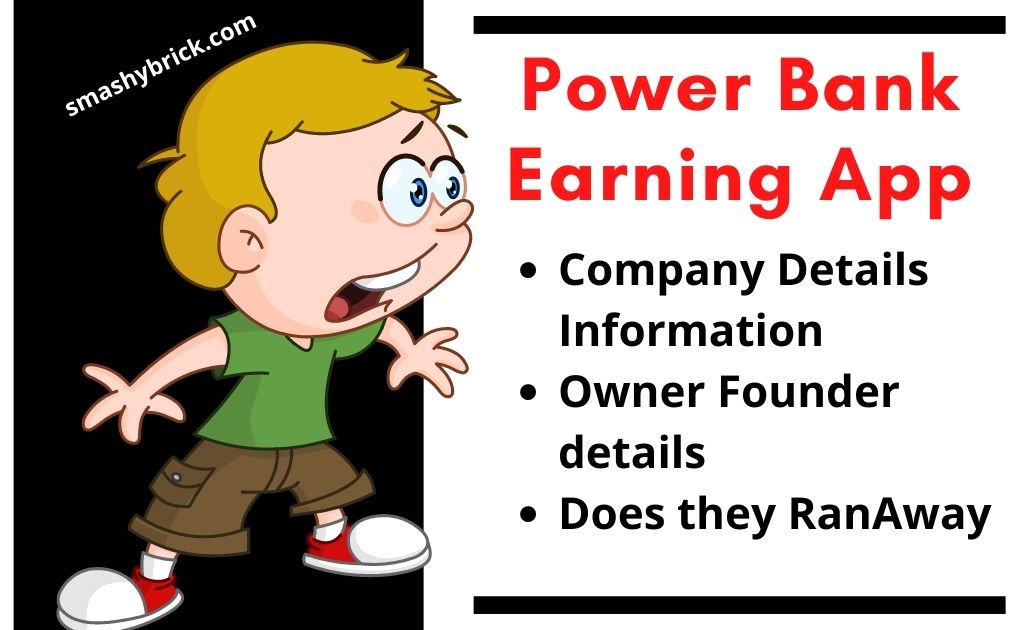 More than 40% of the users are regular people and the dividends are shared by the company with everyone who invests. In addition, they are also expecting their partners who have profited from them would advertise them. They give online franchise services and also offer direct selling.

People have to invest money to get more profitable returns from their schemes.

The name of the owner of the Power Bank app is not known and there is no name of the owner as such over the internet. Scammers like this always hide their identities so that people can’t file an FIR against them.

The latest news from the app incorporates some power bank withdrawal issues coming up where people are not able to do a withdrawal smoothly and their money is held up with the bank.

But the reality is that the Owner has run away with the Public Money. And there is no chance that he will come back with his app.

Also, the App has been removed from the Google Play store. I don’t know How Google allows them to publish their apps without having their proper identities. This is a Pure scam and google should update its Policies. So that, people like you would not get scammed from apps like this.

Why PowerBank App is not working Today?

It is not working and it has been reported that there is some kind of technical error and thus the site is not up.

But we all know the real issue behind it. Apps like this first win the trust of their users and when people start trusting the app and invest their hard-earned money, they run away.

Is the PowerBank app closed?

Some sites are saying that there is some kind of technical error and the power bank is not closed at all. Once they can run out of the technical error, they would hit back.

But the reality is completely opposite. As I said above so there is no technical error at all. In simple words, they ran away with the Public Money.

I don’t know how these scammers can live with Public money like this. It’s Really SAD.

Is the PowerBank app gone?

It is gone for the time being and once the technicalities are solved things will pick up space. It is good to listen statements like this from other sites. But The reality is what I said above.

There is no Power bank app customer care number and there is a mail ID.

It is a real app and has been functioning well until off late until the technical difficulties showed up. It had been functioning Before the 10th of May. After that, their app started showing withdrawal problems. This is where the scammer’s game starts. They RAN AWAY.